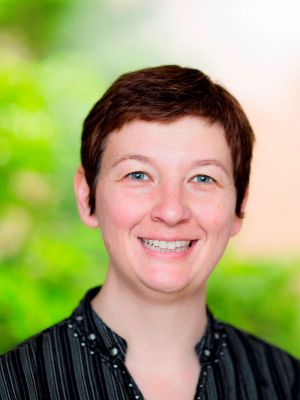 Colette leads a group of inorganic chemists interested in the synthesis and study of molecular materials based on paramagnetic transition metals and lanthanoids.

Some of these species can function as magnets, such that a single molecule could act as the smallest possible unit of magnetic memory. Others can be switched between states with different properties (e.g. colour) by heating or cooling. These functional molecular systems have potential applications in quantum computing, molecular spintronics, high density data storage, display devices or as molecular switches.

Colette is also passionate about teaching inorganic chemistry and about enhancing the participation of women in chemistry.

Colette graduated from the University of Melbourne with a BSc(Hons) degree in 1993 and a PhD in 1998. After postdoctoral stints at Indiana University, USA, and the University of Berne, Switzerland, she returned to the School of Chemistry in 2004 as a Lecturer. She was promoted to Senior Lecturer in 2009 and Associate Professor in 2016.