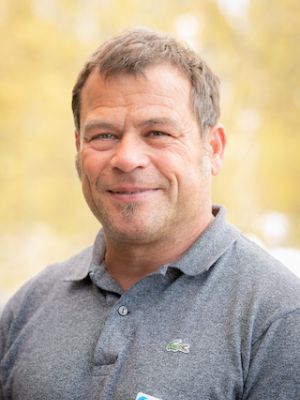 Alain studied at University Pierre et Marie Curie (now a part of Paris Sorbonne). Alain finished his PhD in 2014 in Polymer Chemistry by studying fast cationic polymerisation of vinyl monomers by spectrophotometry with is own stopped-flow apparatus under vacuum. Following this he completed a one year Post-Doc at ESPCI Paris, making modified silicone polymer for MOSFET sensor and gained a range of skills including cleanroom and silicon wafer etching and microlithography.
After the Chemistry crisis in France, he swapped to IT and worked for 7-8 years in banking and Telco industry before moving to Australia.

Arriving in Australia in 2005 he lived in Maroubra, resulting in an addiction to the beach, surfing and surf lifesaving. After several years working in different industries, he found his way into a Bioengineering lab (SORL UNSW, located in Prince of Wales Hospital). Here he began playing with scCO2 and poly methyl methacrylate.

Alain has three children, one already at UNSW, the second one doing I.B. and the last one is unfortunately living far away from him, in year 4. He’s enjoying learning new stuff and photography a lot as a hobby. He’s been back at UNSW since mid-August as a Research Assistant and is making luminescent solar concentrators while he works on his French accent.

© The ARC Centre of Excellence in Exciton Science 2019