Next-generation laser technology offers the promise of cheaper devices that require less energy to run. Now, this technology is a step closer to being developed, following the latest research published by the ARC Centre of Excellence in Exciton Science.

Around the world, scientists and engineers are seeking to demonstrate efficient alternatives to conventional laser technology (LASER is an acronym that stands for light amplification by stimulated emission of radiation).

Among the new and emerging candidates are lasers that use organic semiconductor materials. Researchers working on organic semiconductor lasers hope to achieve not only optically pumped lasing, which is triggered by another source of light, but also the more ambitious electrically pumped lasing, which could be powered directly by conventional electricity without a separate light source to initiate their operation.

While organic materials offer many potential advantages, including low cost and design flexibility, several challenges remain before they can be used in real-world commercial devices. One of the biggest problems is maintaining a high-quality laser while introducing the required elements for electrical injection.

To try and overcome these problems, work has shifted from organic light-emitting diodes (OLEDs) to also focus on organic field effect transistors (OFETs) as a laser architecture. A field effect transistor uses electric fields to control the flow of current in a semiconductor, where the charges eventually recombine to form quasiparticles called excitons that are capable of producing and amplifying light.

In exploring OFETs, members of Exciton Science, based at the University of Sydney and UNSW Sydney, have shown that introducing layers of high refractive index cladding around the organic material helps to better confine (or concentrate) light in the vicinity of excitons, leading to more effective light amplification. Here, the high refractive index cladding acts as a sort of optical magnet, drawing in light closer towards it. Additionally, they have also shown that introducing this layer does not cause any optical losses which may further reduce the confined light compared to the standard structures.

This approach is expected to increase the performance of lasers and lower the power threshold required to operate it. Their results have been published in the journal Applied Physics Letters and are available here: Appl. Phys. Lett. 119, 163303 (2021)

Associate Professor Girish Lakhwani of the University of Sydney, a corresponding author on the paper, believes the latest research represents a promising step on the pathway to electrically injected lasing.

“To achieve electrically injected lasing, you want electrons and holes to come together at a common point where they can recombine to generate light. But then you also need to confine that light. By creating this architecture, we have successfully increased this metric of confinement.”

Referring to the addition of the cladding mechanism, the paper’s lead author Yun Li said: “Even though we theoretically predicted it should help, we needed to show experimentally that it wouldn’t introduce any unexpected losses into the system. This verification convinced us that we had a promising architecture.”

He said: “Electrically injected lasing is an ambitious goal in any solution-processible material, one that requires a lot of innovation. Improving the architecture is certainly a great step toward this aim.” 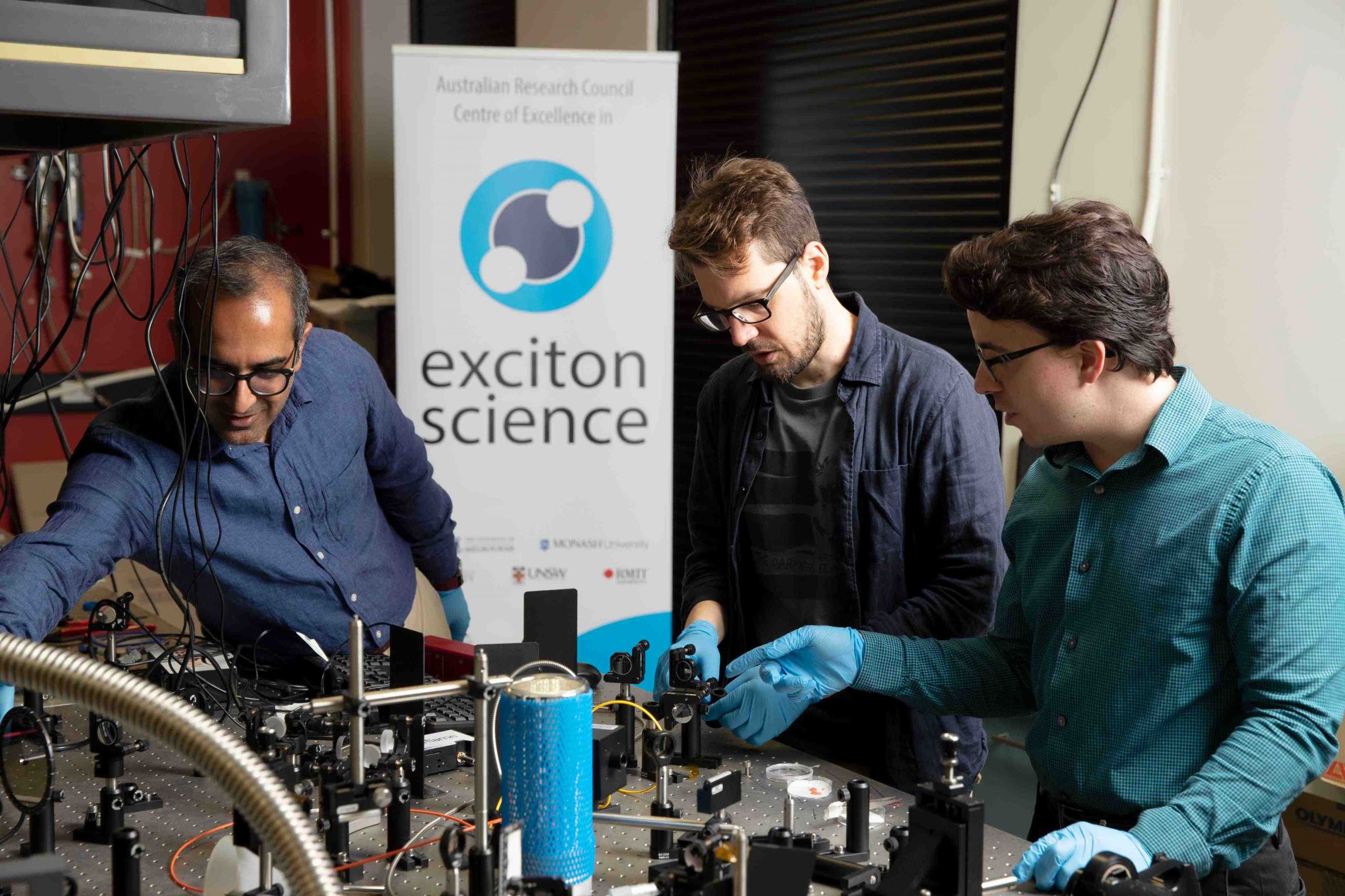