As a teenager attending an agricultural high school, Timothy Schmidt was immersed in the world of animals.

A love of tending to cattle – including grooming and parading them at events – had the young man on track to become a vet.

But rather than taking out ribbons and rosettes for Best in Show, claiming a prize of a different sort set Tim on the path to becoming one of Australia’s leading molecular spectroscopists.

From livestock to lasers

While completing the High School Certificate, he was selected in the Australian team and won a medal at the International Chemistry Olympiad in Perugia, Italy.

“Suddenly I was being taught university-level chemistry, a bit of quantum mechanics. It was really interesting,” Tim said.

“I got that taste of academia, of university-level science. That’s pretty much what hooked me in. It became my thing.”

“It was super exciting because a place like Cambridge has such a long story and so many traditions,” he said.

“I rowed for a term, played rugby on beautiful fields, with beautiful buildings (in the background).

“But really the best thing about it was the other people. It attracts some of the brightest and best people from around the world. It’s really fun to be around creative, smart and fun people.”

His time in the UK was followed by roles in Basel, Switzerland, and at CSIRO back in Australia. After a return to the University of Sydney, where he rose from lecturer to Associate Professor, Tim moved to UNSW in 2014.

Now a Chief Investigator of the ARC Centre of Excellence in Exciton Science, as well as a full Professor and ARC Future Fellow, Tim is recognised as a global expert in upconverter systems for energy harvesting.

And while his work is featured in high-impact publications like Nature Chemistry, nothing beats the buzz of reaching and illuminating keen young minds.

“Research is very hard and sometimes brings job satisfaction, but it’s very sporadic, because there’s so much failure involved,” he said.

“If you absolutely nail a lecture, you feel amazing. You’ve done your job for the day. Who can argue that educating people isn’t worthwhile? It’s a big part of why I came into the job.” 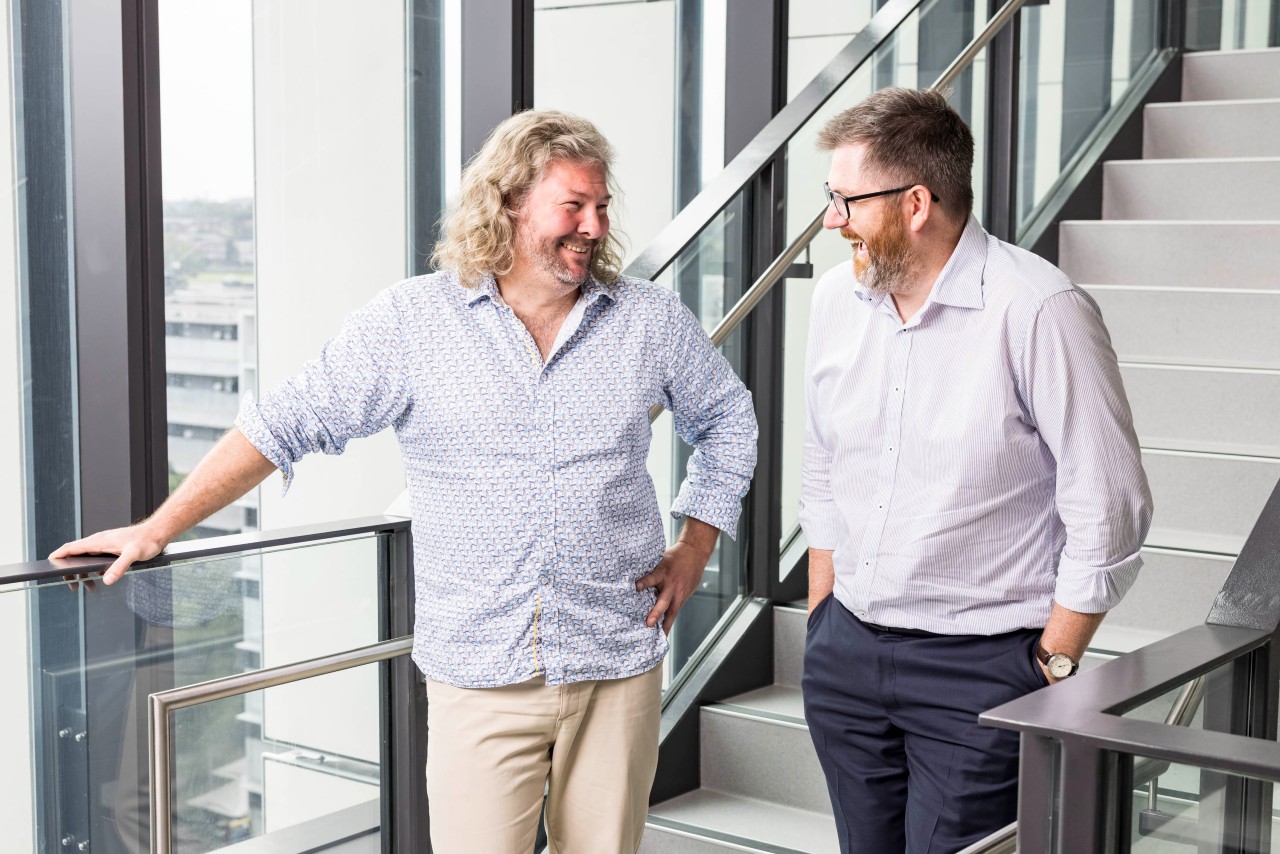 Tim has witnessed first-hand the pressure Australian universities have come under during the COVID-19 pandemic, and he believes it’s vital the research sector finds better mechanisms to empower businesses and entrepreneurs.

“It’s more important than ever to show our intrinsic value to society,” he said.

“That goes from helping Australian businesses to general educational outreach and directly solving societal problems where possible. In a high-tech area like ours, we should be working hand in hand with companies wherever possible.

“People who take risks in launching their own companies should get our help. We need more successful start-ups, more success stories that can look back at how universities helped them. We need more people like Mike Cannon-Brookes. But he’s just one person. We really have to build new industries and help those that take the risk to do so.”

Beyond COVID-19, among the shared challenges facing Australian universities and industries is the climate crisis. And for someone who grew up loving the outdoors and animals, Tim is highly motivated to address this enormous challenge.

“It’s a problem that needs fixing. The answer is going to be science,” he said.

“Net zero is the key, because there’s always going to be carbon generating things. You need carbon consuming technologies. I’m motivated by this and that’s where I see the future of my research.”

A culture of inclusion

As Australian universities and research groups seek to recover from the impacts of the pandemic, and try to attract new students and staff from around the world, it will be more important than ever to address the historic lack of diversity in STEM.

After spending time in relatively homogenous teams earlier in his career, Tim understands the importance of making everyone feel welcome and supported while they are studying and working, regardless of their background and identities.

“What’s very important is to have an inclusive research group,” he said.

“Diversity is a natural consequence of being inclusive. Things should reflect society. If they don’t, there’s a question: Why not?

“I think we could also do more with grassroots Indigenous engagement. The best way is to empower those that can make a genuine and non-paternalistic difference.”

Fundamental research to improve photovoltaics technology is certainly very different from being a veterinarian, but from the green grass of country shows to green energy generation, the health and wellbeing of the natural world, including people, is still front and centre in Tim’s important work.