Sun, sand, samba and soccer might all spring to mind when you think of Brazil, at least for an Australian.

But in Exciton Science, we know that science - and specifically spectroscopy - is the specialty of Dr Jessica Alves, who it seems was destined to work in a laboratory after getting a taste for knowledge discovery just weeks into her Bachelor’s degree.

Now a postdoctoral researcher with Professor Timothy Schmidt’s group at UNSW Sydney, Jessica had just moved from her small home state of Espírito Santo for the adventure of studying in São Paulo, one of the world’s most populous cities, when she got hooked on experiments.

‘You’re going to be a scientist’

“I started doing research in the first term of my undergrad in Brazil, as they had a program for initiating people into scientific research,” she said.

“It was at that time, right in the beginning, that I fell for research. I had a very good team and I just loved everything about that; the planning and execution of experiments, the discussions, the informal meetings at the coffee shop.

“And then my supervisor at the time, he was like "I think you're going to be a scientist."

Jessica then made another big decision to move overseas, completing her Honours at Monash University as a member of the ARC Centre of Excellence for Future Low-Energy Electronics Technologies.

“My first city was Melbourne and except the weather, I loved everything about it,” she said.

“After that, I had two options. I could do my PhD in experimental work or I could stay in the FLEET Centre and do modeling. And it was a very hard decision to make.”

The lure of experimentation proved too strong to resist, with Jessica choosing to complete her PhD through Queensland University of Technology.

“I love learning and it doesn't matter how much I study something, there is always more,” she said. 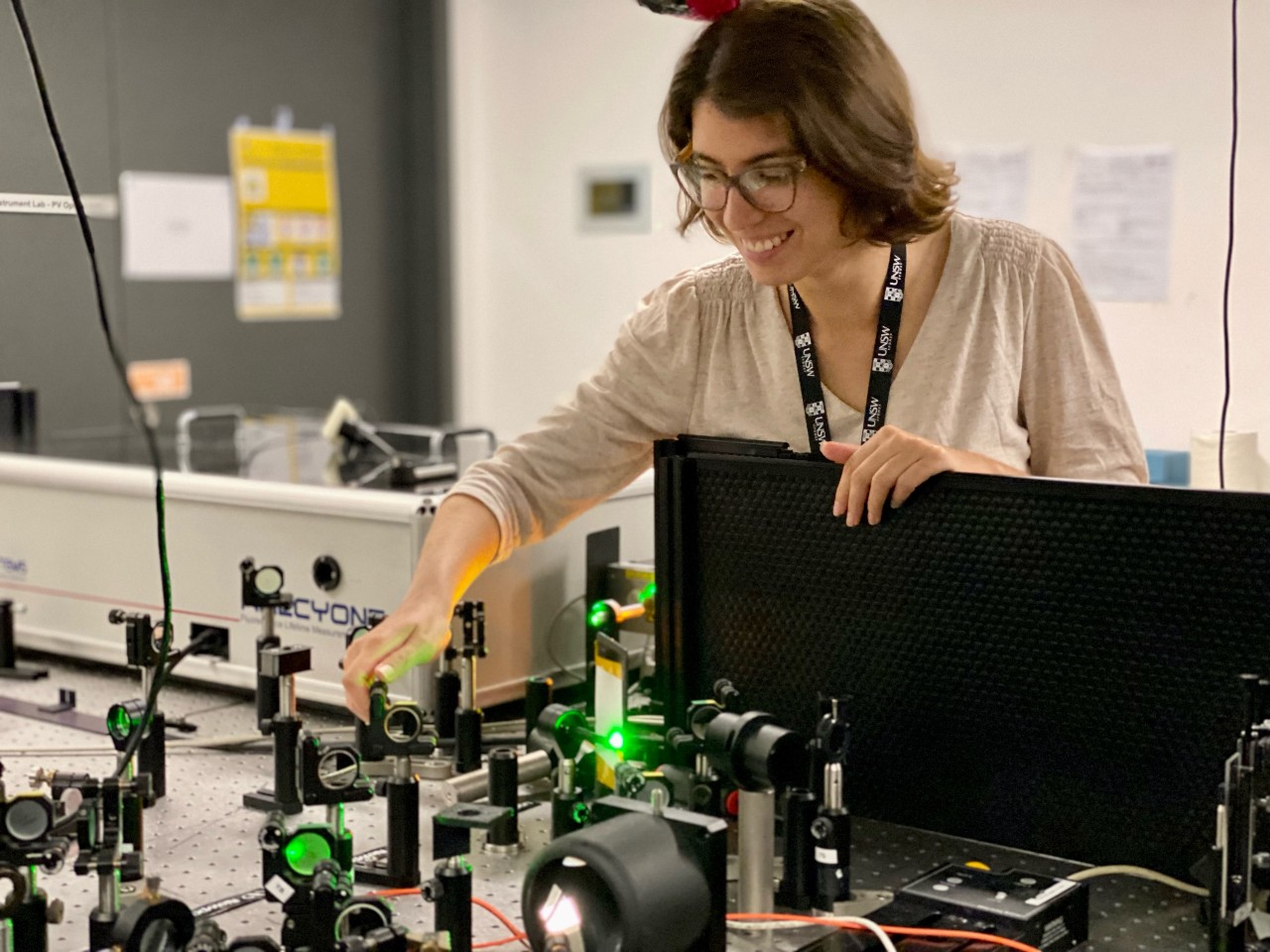 While she hasn’t ruled out a potential future role in industry, Jessica is determined to remain in research, and continue contributing to the type of knowledge creation that can eventually benefit us all.

“After studying so much and learning so much, I think I can make something for [the improvement of] society,” she said.

“Not individually, but [I can] collaborate and do something with other scientists that will help a particular part of our society.”

One of the major challenges facing humanity in the 21st century is the climate crisis. Like many members of the Centre, Jessica knows her work is part of a critical mass of potential solutions in the form of new and emerging photovoltaics technology, as well as more efficient lighting and other applications.

“Definitely it [the climate crisis] is a motivation, but I also have to be realistic with the research that I'm focusing on,” she said.

“Since it's so fundamental, I have to be realistic that if there is an impact, it won't be tomorrow.

“We all have a role in this world. There are many problems that need to be fixed in many different areas, so I think people should try to generate a positive impact. We all have the areas that we like more, or that we are better at … just choose your passion!”

Jessica is also aware that the value and impact of all the impressive work taking place in the research sector, ranging from clean energy generation to vaccine development, can only be felt fully if the public’s faith in science is maintained.

“It was pretty evident with the pandemic that research is very, very important and also the confidence of people in researchers,” she said.

“The scientists (most of them) are trying to do the right thing and are leading the way. But if people don't trust the scientists, then it is just such a waste.”

Jessica is one of a number of women to have joined the Centre as Research Fellows in 2021, with several more set to follow her in 2022. She has first-hand experience of the stereotypes and barriers that have precluded girls from seriously considering STEM subjects at university and as a career.

“If diverse kids don't want to go into science, we should target them and try to tell them that it's possible,” she said.

“I think one of the reasons why I got interested in mathematics is because in school, the teachers always said that the boys do better in math. I was like, ‘Huh, I can be good at maths, too!’

“I worked very hard in maths because I was like, ‘The boys may be good at that, but I'll show them.’”

Plenty of work remains to be done, by Exciton Science and many other organisations, if the gender imbalance in science is to become a thing of the past. But Jessica, at least, was pleasantly surprised by the dynamic that greeted her when she started work in the Schmidt group.

“I told Tim that he has the most diverse group I've ever seen,” she said.

“They're all from different countries. I definitely feel very included in here and at uni in general.”

From being welcomed as a new recruit to contributing to the Centre’s culture in her own right, Jessica – and many other members like her – is certainly a big part of what makes Exciton Science so special.