For Girish Lakhwani, the privilege of a career in academia is less a circuit and more of an electrical charge, as the Exciton Science Chief Investigator seeks to ‘pass it on’ to the next generation.

An Associate Professor within the University of Sydney’s School of Chemistry, Girish was determined to pursue his passions from a young age, studying in India and completing a PhD in the Netherlands before undertaking postdoctoral research roles in the USA and UK.

But it was the encouragement of engaged, motivated mentors that made all the difference in guiding his career trajectory.

“It was always there, right from childhood – I always wanted to do something in science,” he said.

“You meet good people and some inspire you to carry on. You don’t have to close the loop but you have to make sure you pass it on.”

That dynamic is still a factor, with Girish crediting Exciton Science’s Director, Professor Paul Mulvaney of the University of Melbourne, with playing a key role in his transition to a senior position in an Australian Research Council Centre of Excellence.

“One thing I’ve found very useful, for personal growth, is the amount of faith Paul had in me right from the start,” he said.

“And a few other CIs as they got to know me. That has been valuable. It has given me confidence, it has allowed me to think, voice my opinions. Which, when you start as an ECR (early-career researcher), you are always skeptical – ‘can I say this or can’t I?’. 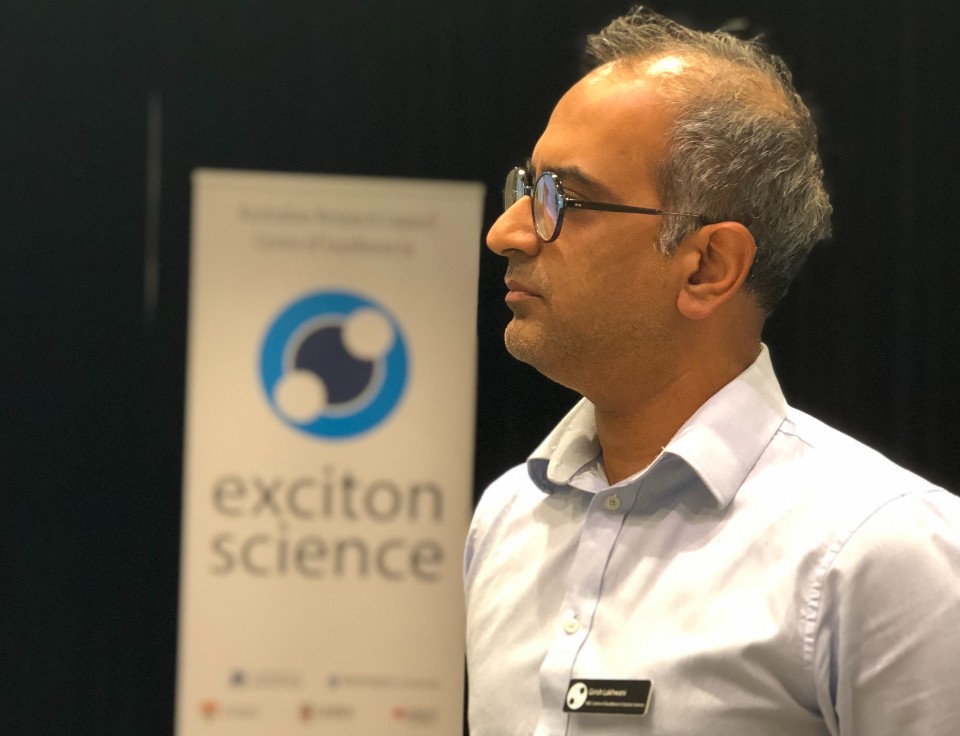 Encouraging the next generation of scientific excellence

Now it’s the turn of Girish, leader of the Molecular Photophysics (MP2) research group, to perform the role of mentor and motivator to the next generation of researchers.

“The most rewarding part is when an undergraduate student or a research group member comes and tells me that I taught or explained something to them that made it easier for them to grasp a concept,” he said.

“When you get a small thank you from a student it means a lot. Those are the rewards that stay with you.

"With maturity, now you enjoy … thinking about new ideas because you’ve done those experiments so many times. That position of privileged experience you should use to your advantage, towards creative design of experiments and developing new ways of thinking about results obtained."

According to Girish, membership of Exciton Science has transformed his capacity to network, identify new directions and achieve research impact.

“I know a lot of my colleagues who are not part of a Centre find it really hard to brainstorm ideas or form new linkages because Australia is so spread out,” he said.

“Before I was part of the Centre, that was one of the biggest challenges. Now I get to interact a lot more, and we have research with overlapping interests. I think we feed off each other. The Centre has given us long lasting relationships.

“Anything I’ve done in research in Australia, largely I would say is because of being part of the Centre. My labs have become high quality because of funding support I’ve received from the Centre and the School of Chemistry at the University of Sydney. Second is the number of links, networks, collaborations that the Centre has attracted is just enormous. People have approached me, it’s not just that I’ve reached out. It makes a huge difference.”

Making up for lost time

In recognition of his important contributions to date, Girish became one of the Centre’s Deputy Directors in 2020. And despite the obstacles posed by the coronavirus pandemic, he remains optimistic that Exciton Science is equipped to continue fulfilling and exceeding its objectives in the years ahead.

“Scientifically speaking I think we have been doing really well and we already have a great legacy in the making,” he said.

“I am sure we will keep that up because everyone is doing a great job. We have a great set of people, scientific, professional, student bodies. I think it’s a very good mix. So, we will go to even greater heights.

“The biggest challenge will be to overcome what COVID has cost. All of us have to think two steps ahead about what could happen and be prepared to make sure this has minimal impact. It will have an impact but we can perhaps mitigate by thinking proactively.” 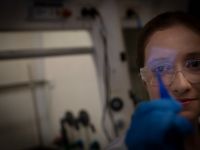