Every love affair needs good chemistry, and it appears research is the key to Dingchen Wen’s heart, in more ways than one.

As a dedicated researcher and valuable member of Exciton Science’s Equity, Diversity and Inclusion Committee (EDIC), the Centre is lucky to have Dingchen, whose life got off to a scary start in the form of childhood medical problems.

Fortunately, those initial worries were overcome, and they ended up equipping Dingchen with a dedication to discovering how the world functions.

“My health was not very good when I was little,” he said.

“I had some heart problems and I was basically kept indoors all the time. And to keep me from getting bored, my parents bought a lot of books.

“I recovered during primary school, but I think that those books at home really helped me to get exposed to science.

“I had a lot of scientific books, for example, the title of one of them is ‘A Hundred Thousand Questions’. It has scientific questions, the answers and there’s pictures.

“And actually I have four huge encyclopedias at home as well. I think that’s why I had that interest in science.

“My parents have told me when we talk about that period of time, I was always asking them ‘when can I go out and run?’ But I think those books kept me pretty engaged as well.”

From a safety mechanism to serious study

Dingchen’s broad interest in science flourished throughout primary and secondary school, blossoming into a passion for chemistry during his undergraduate years at the University of Melbourne.

“I think I was most interested in how things worked and how things happen,” he said.

“So, chemistry is kind of the perfect subject for that. It explains how things form, and how they change.

“After I got into uni, chemistry was still the most fun subject for me. I like doing experiments.”

Tackling a PhD in chemistry is no small task, but it’s certainly the perfect environment for a student who loves getting in the laboratory on a regular basis.

“The project I'm doing now is about trying to make a type of semiconductor material called a III_V semiconductor, which means the elements are in Group Three and Group Five (of the periodic table), and I'm especially focusing on nitrides, such as gallium nitride and indium nitride,” Dingchen said.

“They are less toxic than the current more studied cadmium selenide semiconductors. They are potentially more stable and they cover a very broad spectra range from the ultraviolet to near infrared.

“Theoretically, we should be able to change the composition to take any wavelength that we want.

I have found a recipe to make bulk materials. That's a good proof of concept for the reaction pathway I chose. We want them to emit light and we’re also trying to make it into a stable colloidal solution.” 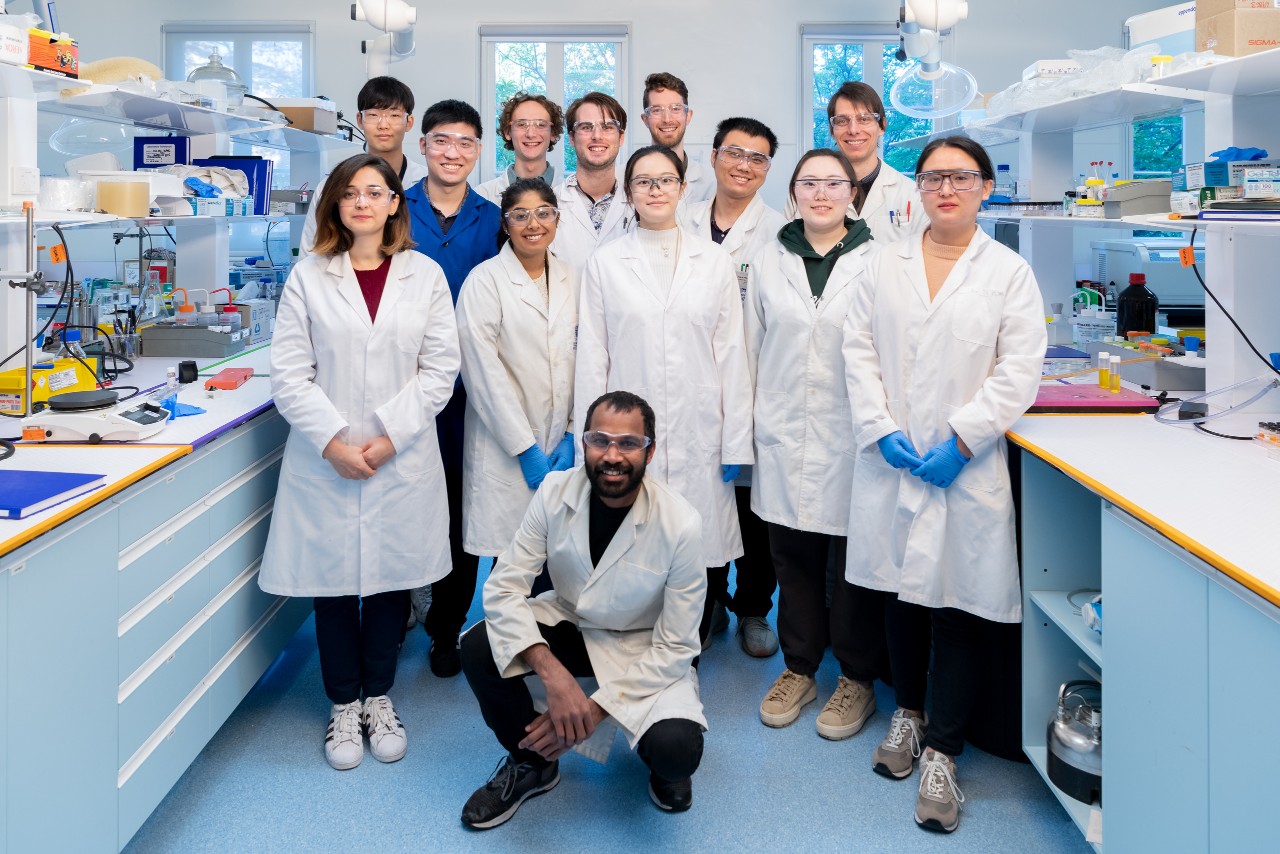 While the COVID-19 pandemic has interrupted access to lab equipment and delayed important experiments for many students and researchers, it offered an unexpected bonus for Dingchen - the opportunity to work in a team of Exciton Science researchers tasked by the Australian government with creating magnetic silica nanoparticles for use in domestically-manufactured viral PCR testing kits.

“It was a very good opportunity for me to get involved in,” he said.

“It's a very different type of project from my PhD project. It's more like an industrial project. The fun part is that we were working in a large team. It feels really good that when you mix a group of different scientists, you can push a project really fast.”

As a member of the Centre’s EDIC, Dingchen is keen for more progress to be made in redressing the gender imbalance in STEM fields, with a focus on outreach to provide positive role models to young children.

“I think the root of the problem is still in early education, like in primary school, middle school, and high school, to provide early exposure of science to those children,” he said.

As for the benefits of greater diversity in the workplace, he said: “I think it's definitely a better atmosphere, and it's more fun when you have people from different backgrounds. If it's a diverse background, there's a lot more to talk about.”

When it comes to other young people with a similar level of curiosity about how the world works, Dingchen wouldn’t hesitate to recommend studying science at undergraduate and even PhD level.

“What I advise everyone to do is follow their heart,” he said.

“That could be obvious, but just follow what you are most interested in. I think doing something that you really enjoy is the most important thing for me.”