Receiving a grant as part of the European Union’s prestigious Marie Skłodowska-Curie Actions (MSCA) program was a life-changing moment for Dr Francesco Campaioli. And thanks to the Trevi Fountain and a little divine intervention, there was someone close to him who knew exactly how he felt.

An Exciton Science Research Fellow based at RMIT University since 2020, being awarded an MSCA Postdoctoral Fellowship will enable Francesco to return to his home city of Padua, and follow in the footsteps of Galileo Galilei by working in physics at Italy’s second oldest university.

Francesco completed his Master’s at the Albert Ludwig University in Freiburg, Germany, and his PhD at Monash University. After many years away from family and friends, a chance to reconnect to roots while advancing his career is a dream come true.

“I will never forget that moment,” he said of the grant announcements.

“I was very patiently waiting for this result to come out. I saw the emails from the European Union. At the start I couldn’t believe it. As soon as I understood that I actually had it, I texted my family WhatsApp chat and I said, ‘Oh my god guys, I actually won! My life is going to change forever!’. It was a beautiful moment.”

A few months earlier, Francesco’s sister had been through a similar period of agonised waiting for news of her own MSCA grant application. Little did she know, her brother’s actions at a famous Roman landmark may have tipped the balance in her favour.

“I’m a good old scientist. But some things are too funny and they have to be reported. My sister, after she finished her Master’s in psychology, she was really struggling to find a PhD. For many months she struggled, she was demotivated. Eventually she stumbled across a Marie-Curie PhD grant. She put together a good application, she was selected for an interview. She found out the other candidates were all male and had very strong backgrounds. She said, ‘I’m not going to get it’. She did the interview, thought it went alright, but nothing special.

“In the meantime, I’m there in Italy with my partner in Rome. One of the things you have to do in Rome is go to the Trevi Fountains, which is really beautiful. You have to flip a coin backwards into the fountain and make a wish. I did that and I can tell you what my wish was. I basically wished to win my Marie-Curie application, but I didn’t specify that. I said, ‘let’s get this Marie-Curie!’ Essentially I was making a selfish wish for myself. A few hours later, my sister called me and she told me she won the Marie-Curie! I was like, ‘Oh my god, I should have specified what I wanted!’. That was incredible. I was stoked but I was also like ‘dammit, I’m never gonna win mine now.’” 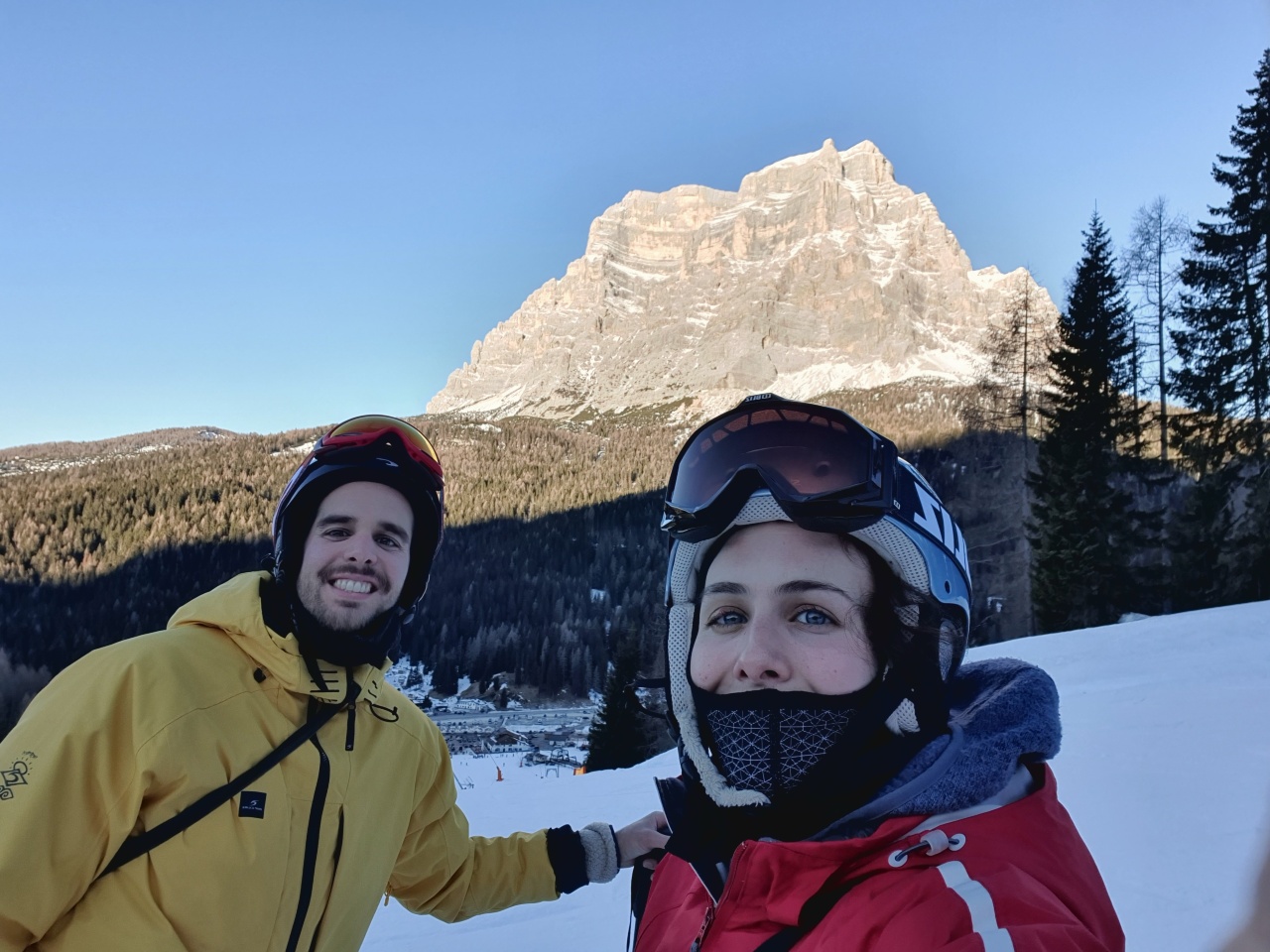 Above: Francesco and his sister during a skiing holiday in Italy.

After so long away from home, returning to any university in Europe could have been a step in the right direction for Francesco. But it just so happens the University of Padua – the world’s fifth oldest surviving university – is well equipped to help his career reach the next level.

“It’s sort of an alignment of planets again,” he said.

“Physics in Padua is very good, we have a good tradition there. Galileo was working there. The guy from Freddie Mercury’s song. The Physics Department there is great, but it’s only been five years that the group I’m going to work with is actually there in Padua. There’s a Professor, Simone Montangero, who moved from Germany to Italy recently and opened this theoretical quantum physics group there. He’s an expert in two things I want to learn. One is quantum control. Another one is tensor network methods to model these massive quantum systems. Both techniques are going to be very useful for theoretical and practical reasons.”

Francesco is a highly valued member of Exciton Science, both as a researcher and a person. And while he’ll no doubt be missed, fortunately he’ll remain an important contributor to the Centre’s objectives through his proposed research project.

“It’s very much related to Exciton Science,” he said.

“In fact, it’s in collaboration with Exciton Science. The title of my proposal is spin spectral conversion. It’s about doing all those spectral conversion processes like triplet-triplet annihilation and singlet fission, which we use to take the most energy out of the sun’s spectrum and which is otherwise wasted in transmission and thermalisation.

“My proposal is to look at those processes which are spin mediated. I’m a theoretician, so I use quantum mechanics mostly and not so much chemistry. Because of the dynamics of spins there’s some things I can help with in those processes, so I’m going to model those and see if I can get the most out of those.

“I’m very excited to bridge Exciton Science with Europe and Padua in particular. I’m going back to my home town but I’m not cutting the connection with Australia. I actually plan to have two secondment periods at the University of New South Wales working with Dane McCamey, Miles Collins and Thomas MacDonald on these problems.

“They are the experimentalists that can help me actually make the informed decisions to make these models work. I’m very excited to bring these two realities closer together, even though we’re so far away.”

In a ringing endorsement of the culture within the Centre, Francesco is determined to recreate the sense of connection and camaraderie he has enjoyed in Australia when his next chapter begins in 2023.

“I never had this feeling before that I have with Exciton Science, to belong to a community of researchers. It’s so nice to go to work and be surrounded with very smart people who are also very nice human beings. I hope it will be like that in my home town. And if it’s not like that, it will be nice to transfer a little bit of that.” 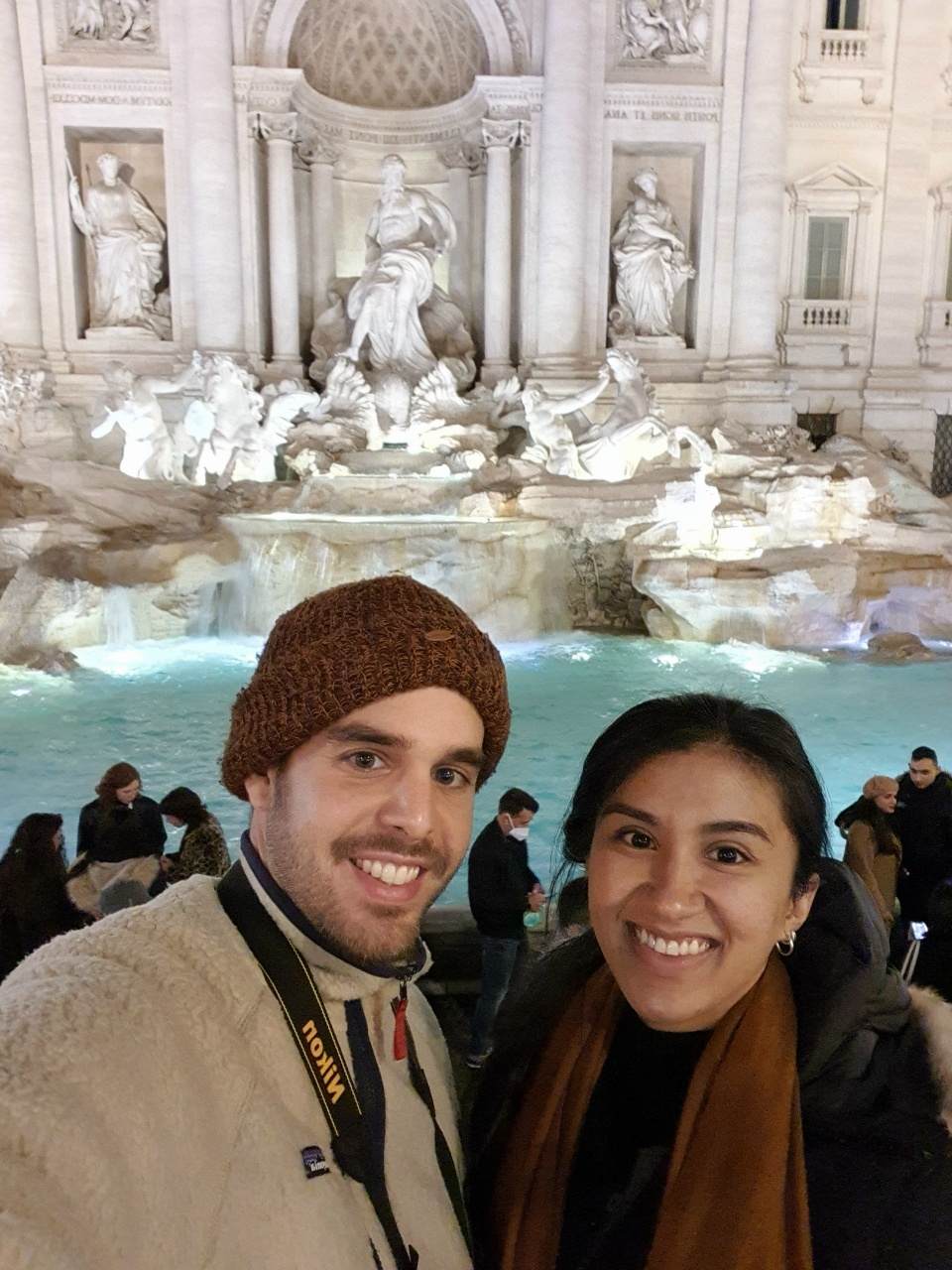 Above: Francesco (left) and his partner Vanessa (right) take a selfie in front of the Trevi Fountain.