World-class solar energy research in Australia has received a major boost, with the Australian Centre for Advanced Photovoltaics (ACAP) being granted $45 million by the Australian Government to continue operations until at least 2030.

ARENA and ACAP have regularly supported investment in critical infrastructure development and contributed to the research impact of several members of Exciton Science, including Monash University’s Professor Jacek Jasieniak and Professor Udo Bach, as well as the University of Sydney’s Professor Anita Ho-Baillie and UNSW’s Associate Professor Nicholas Ekins-Daukes.

Funding through these mechanisms has also contributed to the establishment of new ultrafast laser spectroscopy facilities at the University of Melbourne, led by Professor Trevor Smith and Emeritus Professor Ken Ghiggino.

Exciton Science Director Professor Paul Mulvaney said: “The renewal of ACAP’s funding is an important commitment from the Australian Government to maintaining this country’s status as a world leader in knowledge creation and discovery within the vital field of photovoltaics technology.

“Exciton Science looks forward to continuing our important working relationship with ACAP and ARENA as we seek to gain a better fundamental understanding of the mechanisms governing light harvesting, energy transfer and conversion.”

ACAP is a critical foundation of Australia’s research and development capability in solar photovoltaics, with benefits for emissions reductions in Australia and globally.

Professor Renate Egan, the incoming ACAP Director, said: "We're looking forward to working with ARENA to deliver low-cost solar technologies through ongoing research. Solar is going to be a big part of our energy future. And we're only just beginning."

The funding from ARENA will support around 20 research fellows and over 65 new students each year, which will keep Australia at the forefront of innovation in solar energy.

“Importantly, these students become the skilled engineers that the industry needs to deliver the transition to a low carbon future,” Professor Egan said.

Solar technology developed by the outgoing ACAP Director, Professor Martin Green of UNSW, is embedded in 90 per cent of the current silicon module solar panel production worldwide, with his research having supported Australia holding world records for efficiency for 30 of the last 38 years.

Ultra low-cost solar will be key to enabling Australia’s energy transition and emissions reduction efforts, as it will help to lower the input costs for green hydrogen, low emissions metals and other large scale clean energy opportunities across all sectors as we move to net zero.

ACAP has a strong record of industry partnerships, fostering the spin-out of Australian companies such as Open Instruments, Solar Vision, Solar Cycle and SunDrive as well as partnering with leading Australian innovators including 5B, Sun Cable, BlueScope, and Raygen. 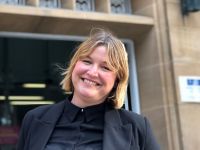 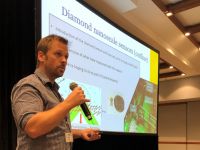 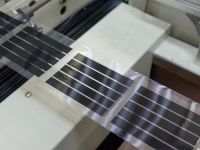