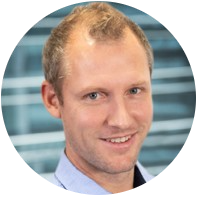 “I received my BSc in physics with First Class Honours from Macquarie University in 2007 and my PhD from Macquarie University in 2012. My research was in the field of experimental condensed matter physics - working on the growth and characterisation of rare-earth nitride thin films, where I focussed on the use of synchrotron-based soft x-ray spectroscopy techniques for elucidating electronic structure information.

I began working at BluGlass in 2011 as a Senior Process Engineer, and was appointed to the role of Head of MOCVD Deposition in 2017, and then to Head of Epitaxy in 2019.

My work at BluGlass is primarily as a crystal grower of III-Nitride materials and devices. I am heavily involved in the equipment and process development of BluGlass’ core technology RPCVD. I am the primary author on a number of key publications and a named inventor on a number of key patents. Since 2017 I have led the Epitaxy Foundry Services arm of BluGlass (known as EpiBlu) - providing custom R&D and epi solutions to customers around the world using both the MOCVD and RPCVD platforms. I am currently the lead scientist for the development of BluGlass' RPCVD-enhanced laser diode products.“ 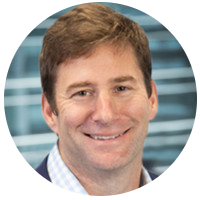 “I’m a materials scientist with a career in research and commercial organisations around the world, working at the leading edge of developing new technology.

Before that I was CEO at Bandwidth Foundry, where we specialised in photolithography of optical materials, including manufacturing of photomasks, for use in optical waveguides, microelectromechanical systems, and microfluidic devices.

Researching, developing and commercialising new technology that makes a difference and that can deliver value in the commercial world remains the backbone of my career. Working with and supporting one of the best teams in the world in the semiconductors manufacturing sectors - and to be doing so here in Australia - remains a highlights of my career to date.”